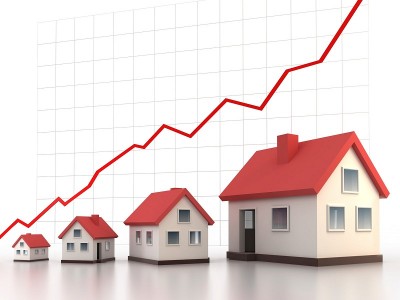 By now you've heard that Austin is one of the hottest real estate markets in the country. Below are some interesting facts about the area that contribute to the city's status as the fastest growing in the nation.

• Rapid Population Growth: From 2006 to 2013 the Austin market has added 343,832 new residents. That averages to about 117 new residents PER DAY.  This is incredible growth and much of it has occurred in the midst of one of the largest recessions in history.  New apartment & single family building permits haven’t yet come up to the demand for additional housing in the area yet, and prices, remaining strong, continue to increase.

• Historical Economical Trends: In 1981, interest rates hovered around 18 percent.  In that year, nearly 600,000 homes were built in the United States. Compare that to 2013, with interest rates at 5 percent or less, a year in which nearly the same number of homes were built!  This tells us that there is that there is still plenty of room for the housing market to expand, which fits perfectly into Austin's need for additional housing to support it's overwhelming demand.

• Expansion of Commercial Sector: In 2013, around 1.2 million square feet of office space was consumed in the city of Austin. Many small business & larger companies expanded and countless new companies relocated to the area. These are very positive signs for the commercial industry in Austin, which is a strong leading indicator of growth and economic viability for the housing sector.

• Insatiable Appetite for Housing: One of the best things a city can find in it's skyline are the presence of construction cranes. And despite the economic recession spanning the last several years, this has been, and continues to be, a consistent fixture in our downtown city scene. Currently more than 7,000 apartments are under construction in the Austin area with nearly 4,500 of those in the Central Business District and Central Austin alone!  With an occupancy rate of 95.8 percent and the demand for new housing remaining so strong, rents have steadily been increasing. Rental rates in Austin are now approaching $3 per square foot. The national market average in the third quarter of 2013 was just $1.18 per square foot.

• Competitive Forces Affecting Prices: Even through the economic recession impacting single family homes, home prices in the area have risen dramatically in recent years. The average price for a single family home in Austin today is around $280,000. In addition, there has been a significant drop in supply and average days on market for listed homes. Anyone who has tried to buy a home in Austin in the last several years understands this – the market remains extremely competitive!

• Suburban Expansion: In concert with all the growth downtown, the lion's share of the area housing growth in the Austin Metroplex has been in suburban markets. This is notably true in the areas of Leander, Round Rock, Georgetown and Cedar Park. Leander alone has added about 15,000 single family building permits to their growth pipeline for 2014.